The whiteboards in the library were never intended to primarily be vehicles for feedback (although they are occasionally used for that, and that’s fine).
They are there, fundamentally, so that people can use them while they’re studying in the library.  They are on wheels so that you can move them to a space that works best for your group.  We know that the whiteboards in the study rooms are tremendously useful to the study groups that use them, and when it’s midterm or finals time, we want it to be possible for the entire library to be one huge study room.

So, not only are there these portable boards, but there is a new set of whiteboard surfaces along the wall of the Atkins ground floor, just outside of the cafe downstairs (used to be Ritazza, now it’s Peet’s).

Here’s an example of what someone did with one of the whiteboards on the second floor. 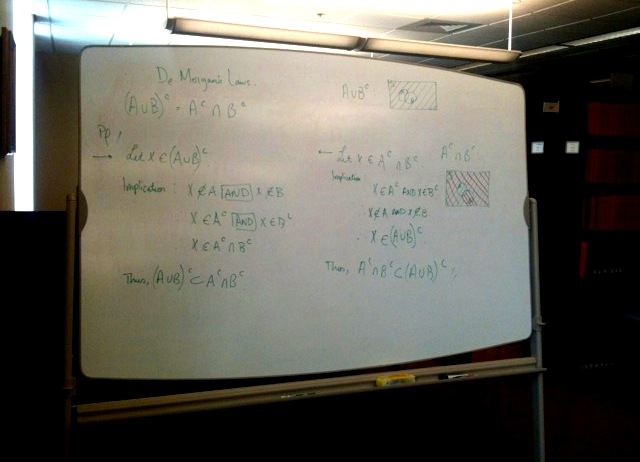 And there are whiteboards on the ground floor now, and people are using them, too (thanks to Donna Gunter for this picture): 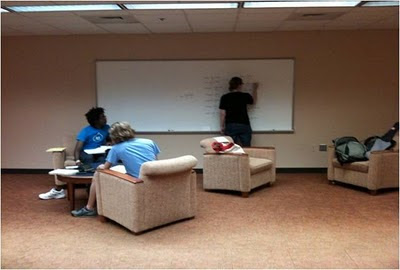 What else helps you study in the library?  How are you using the spaces in Atkins?

5 thoughts on “They’re not just for feedback (updated)”