Thanks to Andrew Praeter and Simon Barron I got a fantastic tour of the Senate House library (and building) just before I left London for home.

It’s a spectacular building–apparently, if WWII hadn’t broken out, it would have been part of a complex that extended all the way up through Gordon Square (right in front of the current Institute of Archaeology building).  Crazy to think about.  It was the first skyscraper in London. 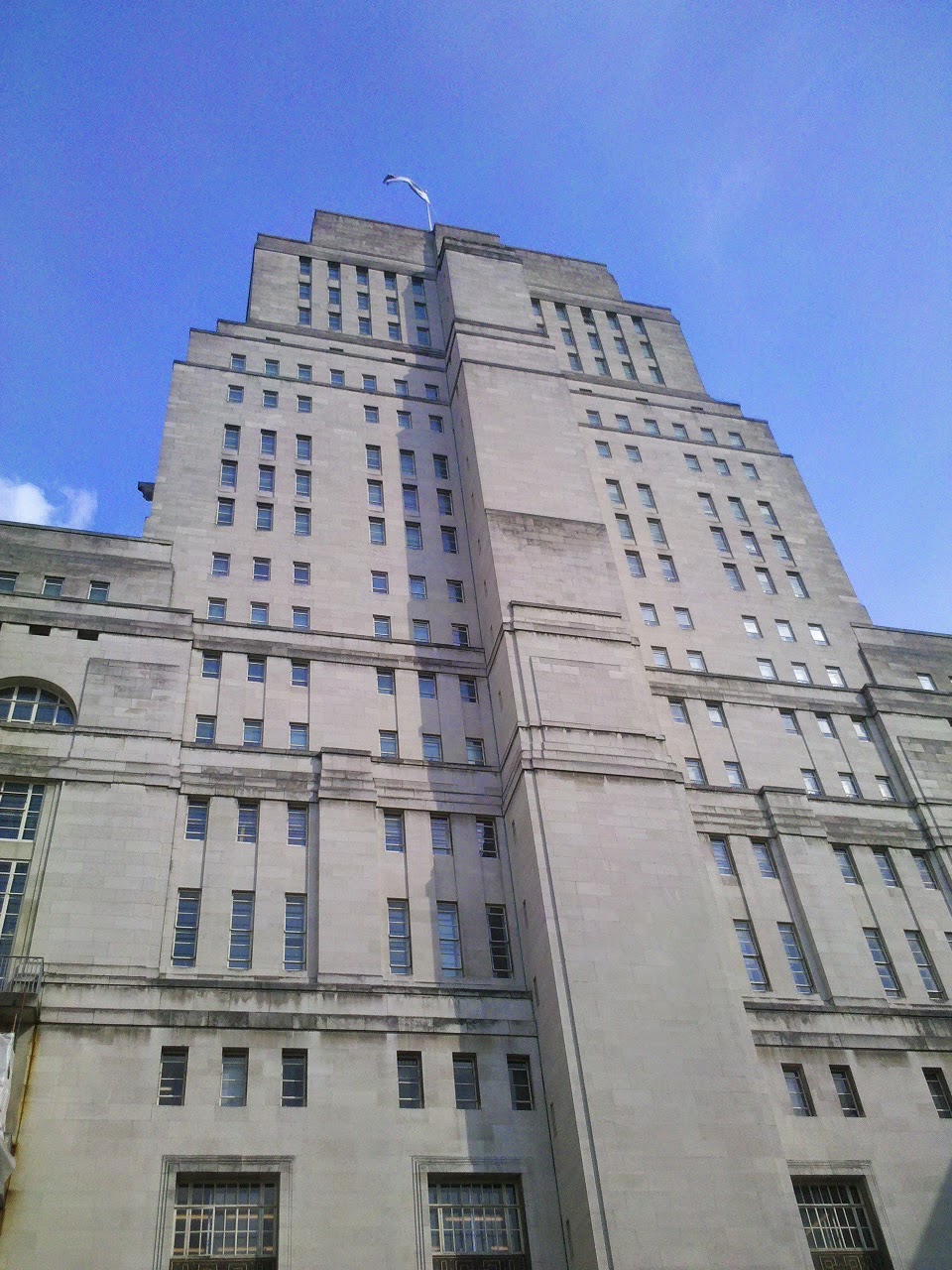 It’s a landmark in Bloomsbury, and I’ve been walking past it for years, never quite realizing that’s what it was.  Senate House is an interesting library in that it’s not attached to any one particular University, but rather has (someone correct me if I’m wrong) member institutions who pay for their students to have access.  Senate House showed up in some of the cognitive maps that I collected from people at UCL, as a place where people enjoyed working.  It’s a lovely building, I adore Art Deco architecture and design, and it’s a pleasure walking around it.  The specific history of the building is fascinating, as there are elements that are simply unfinished (especially decorative flourishes that never happened), because of the War.  The decorative flourishes that did manage to happen are stunning. 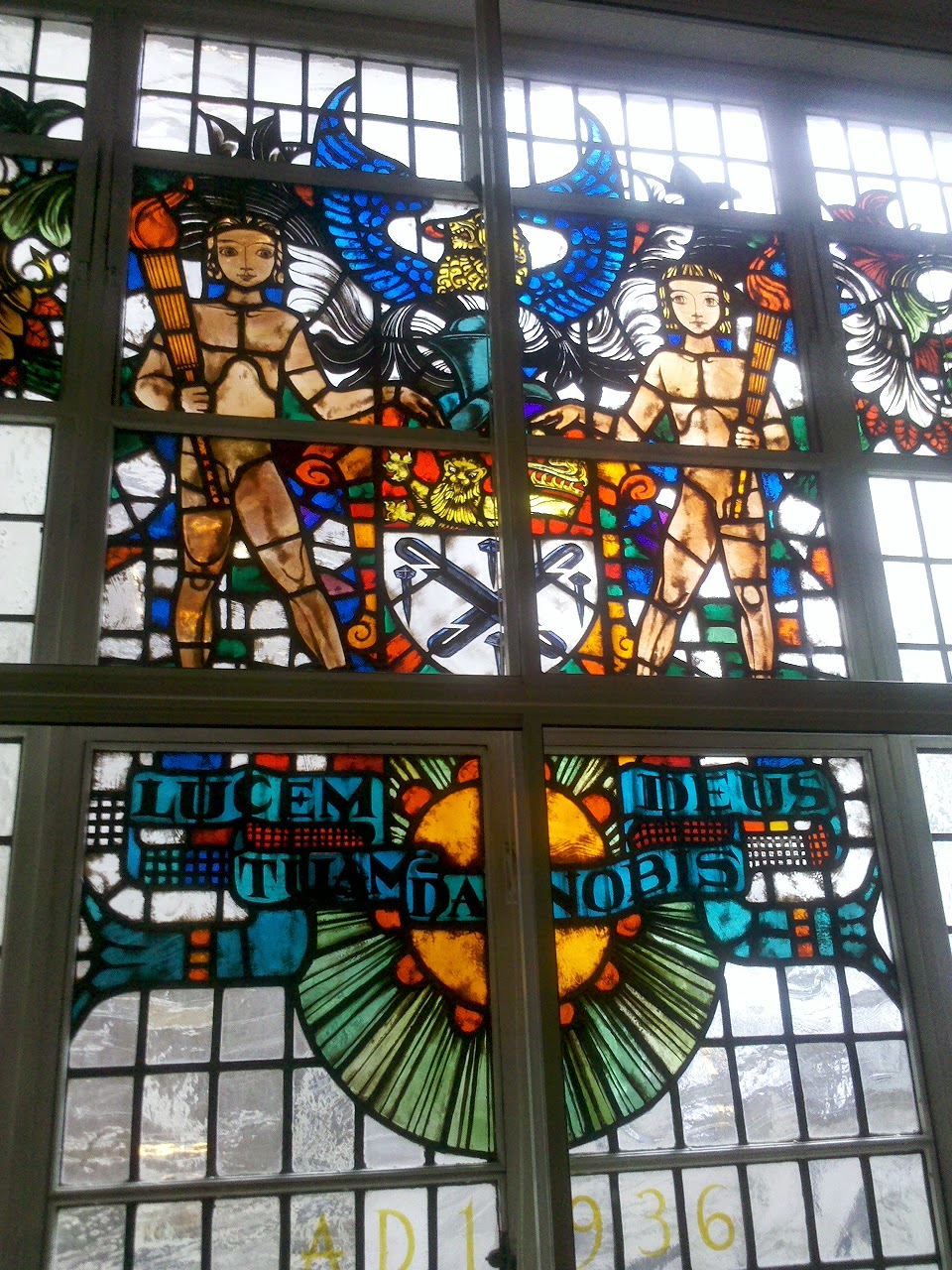 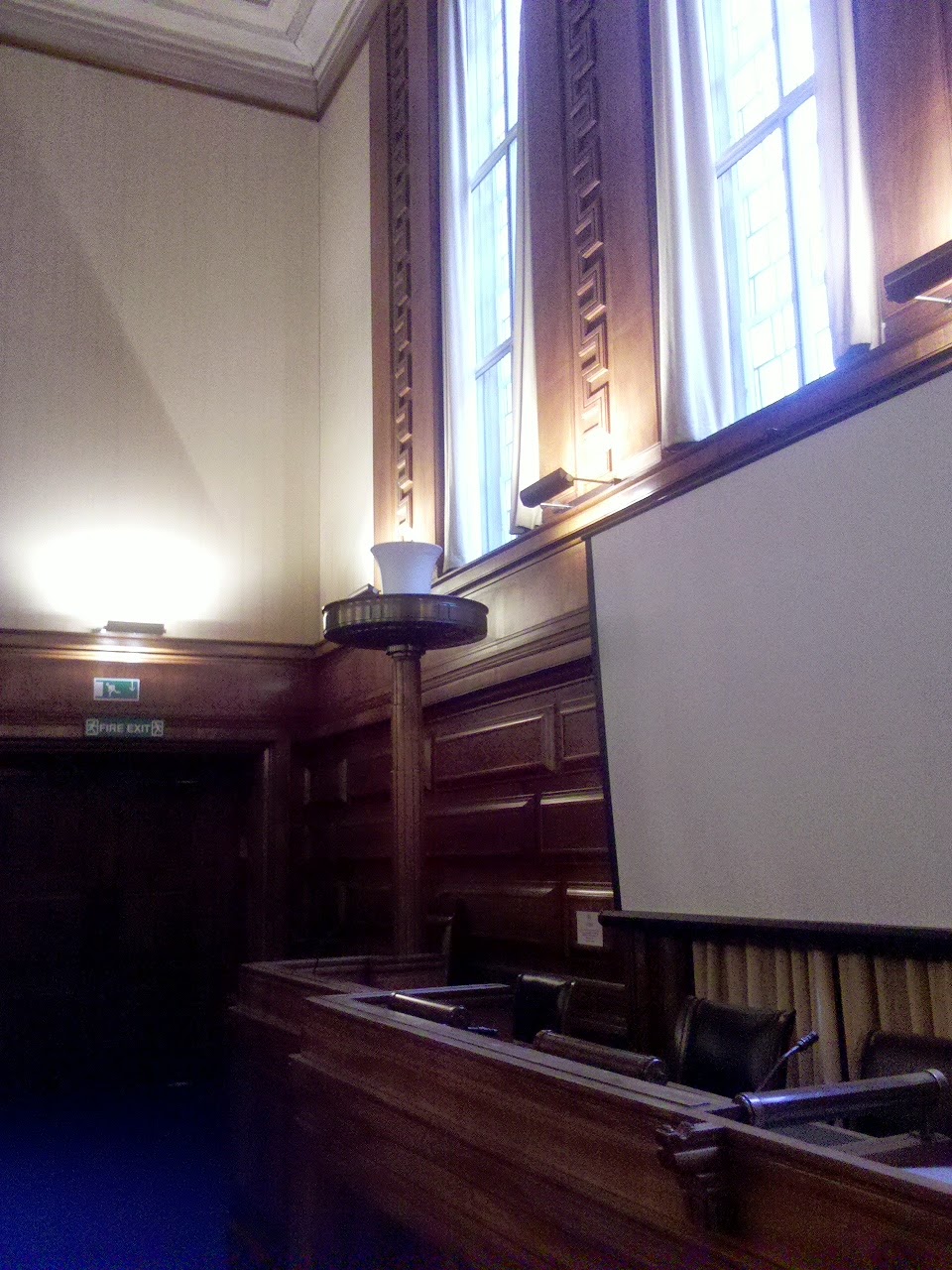 The Senate Chamber.  I want to give a talk in this room SO MUCH. 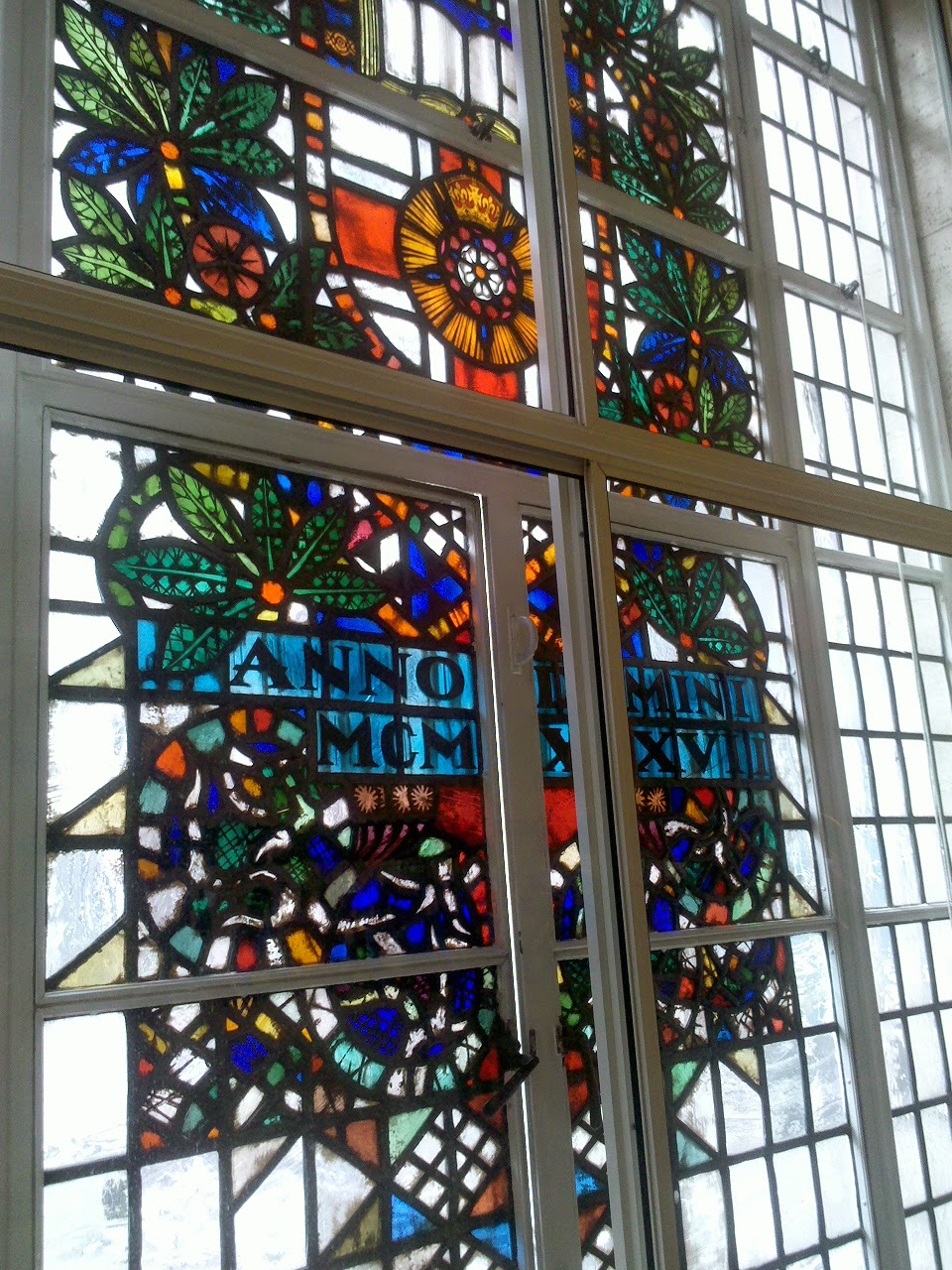 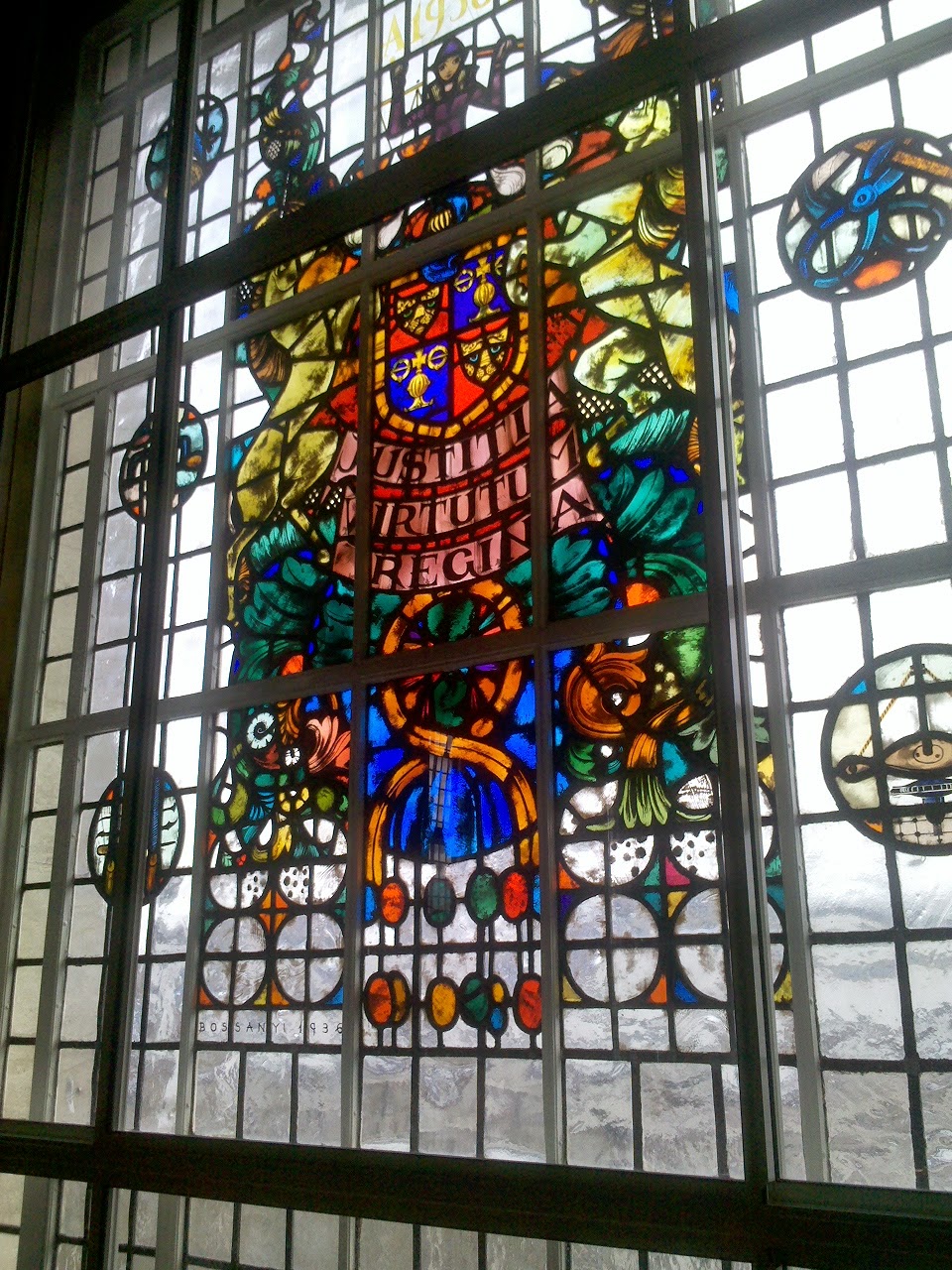 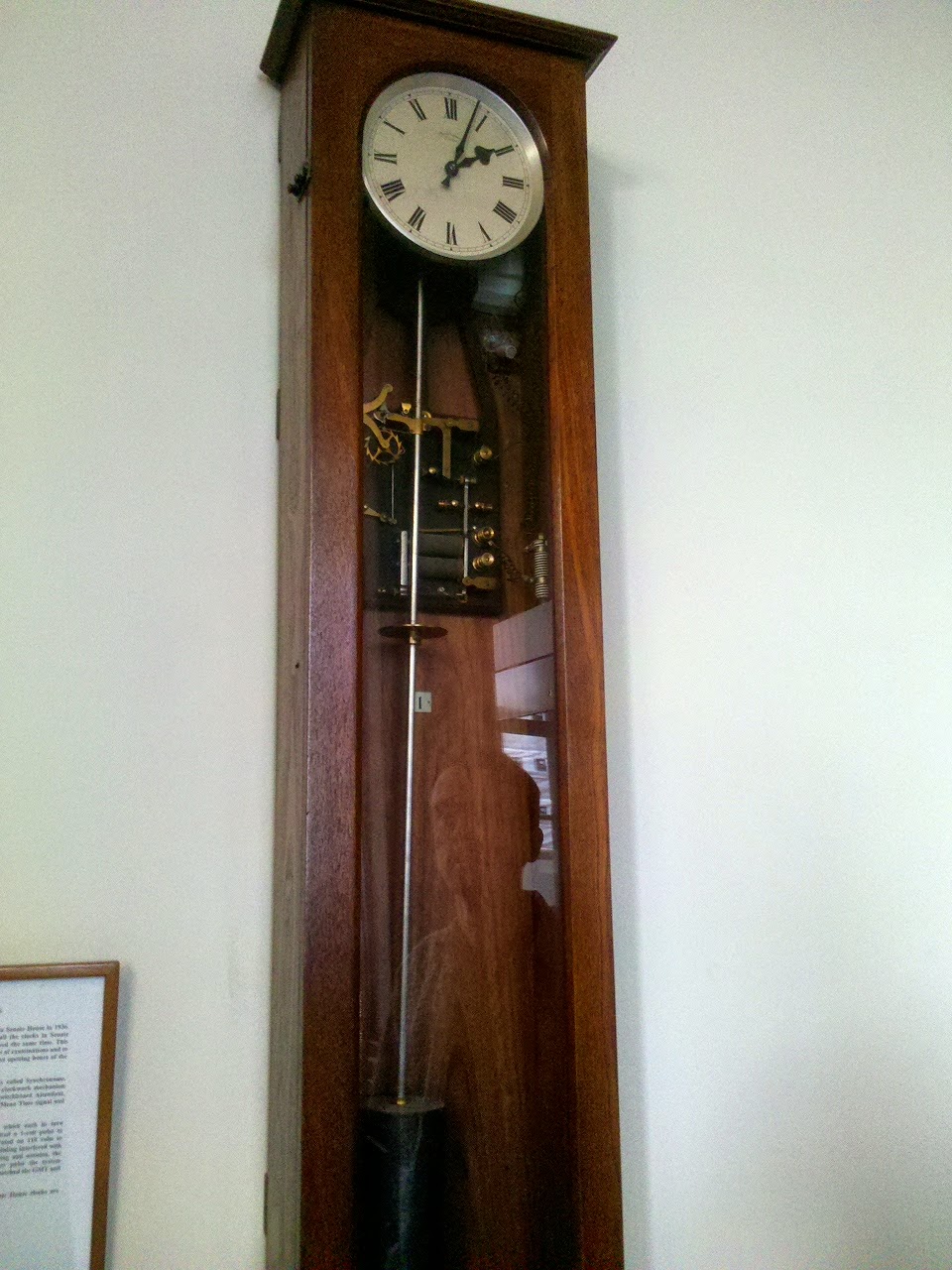 Beautiful clock (with the reflection of Simon for good measure).

The library-specific spaces in Senate House are uniformly Traditional Quiet Library spaces–there are no group study spaces in Senate House (although, apparently, students will walk up to the desk and ask “where are the group study rooms?”).  The assumption is that there are such spaces provided by the home academic departments.  I wonder how accurate that assumption is.

At any rate, as Traditional Library Spaces go, the ones in Senate House are nicely appointed, and are a good fit with contemporary scholarly behaviors (and technology). 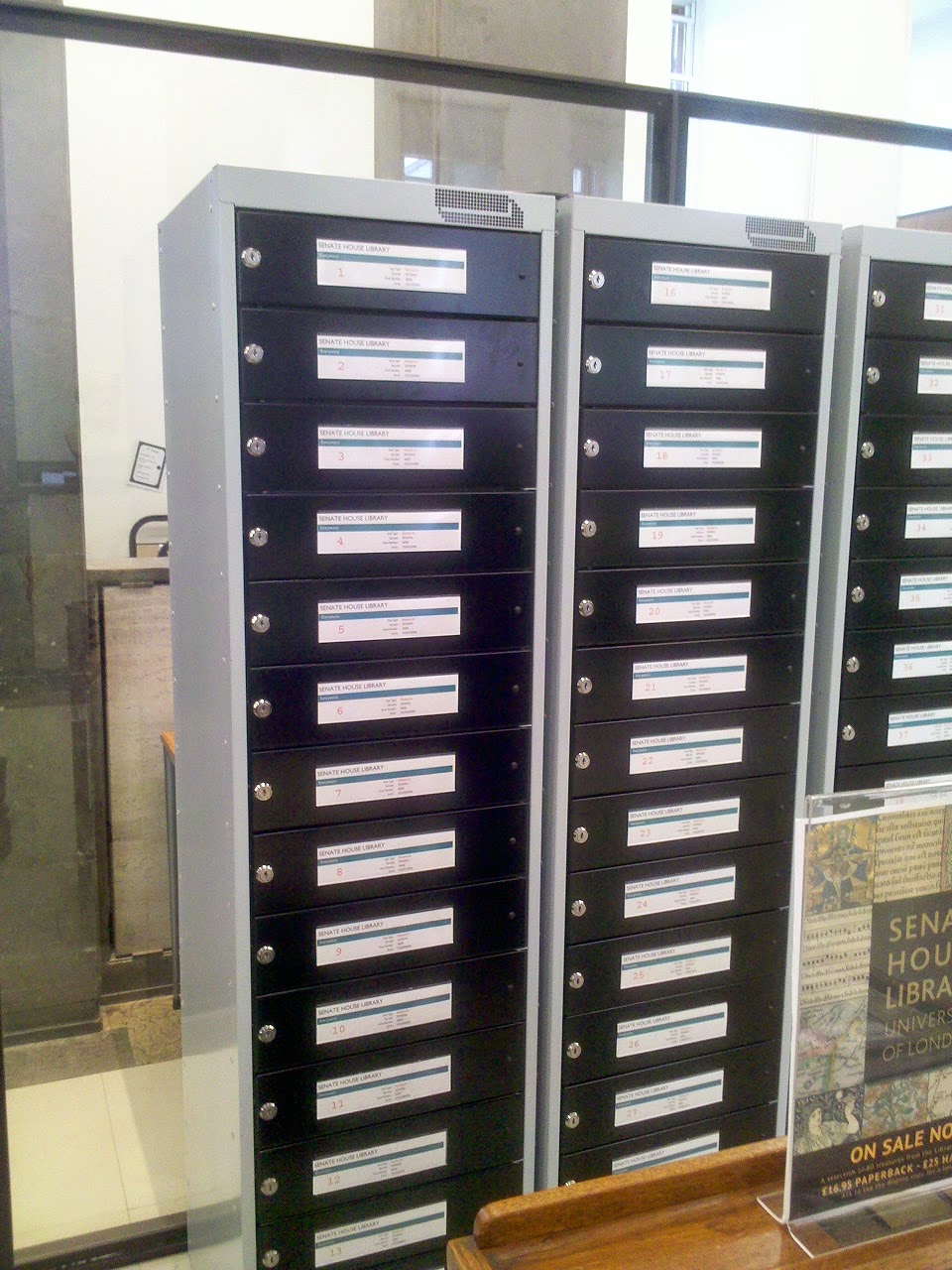 Self-service laptop checkouts have replaced desktop computers distributed throughout the Senate House spaces. Patrons can take the laptops wherever in Senate House they feel most comfortable working, and don’t have to rely on where computers happen to be, if they don’t walk in with their own devices.  Wireless is throughout the building. 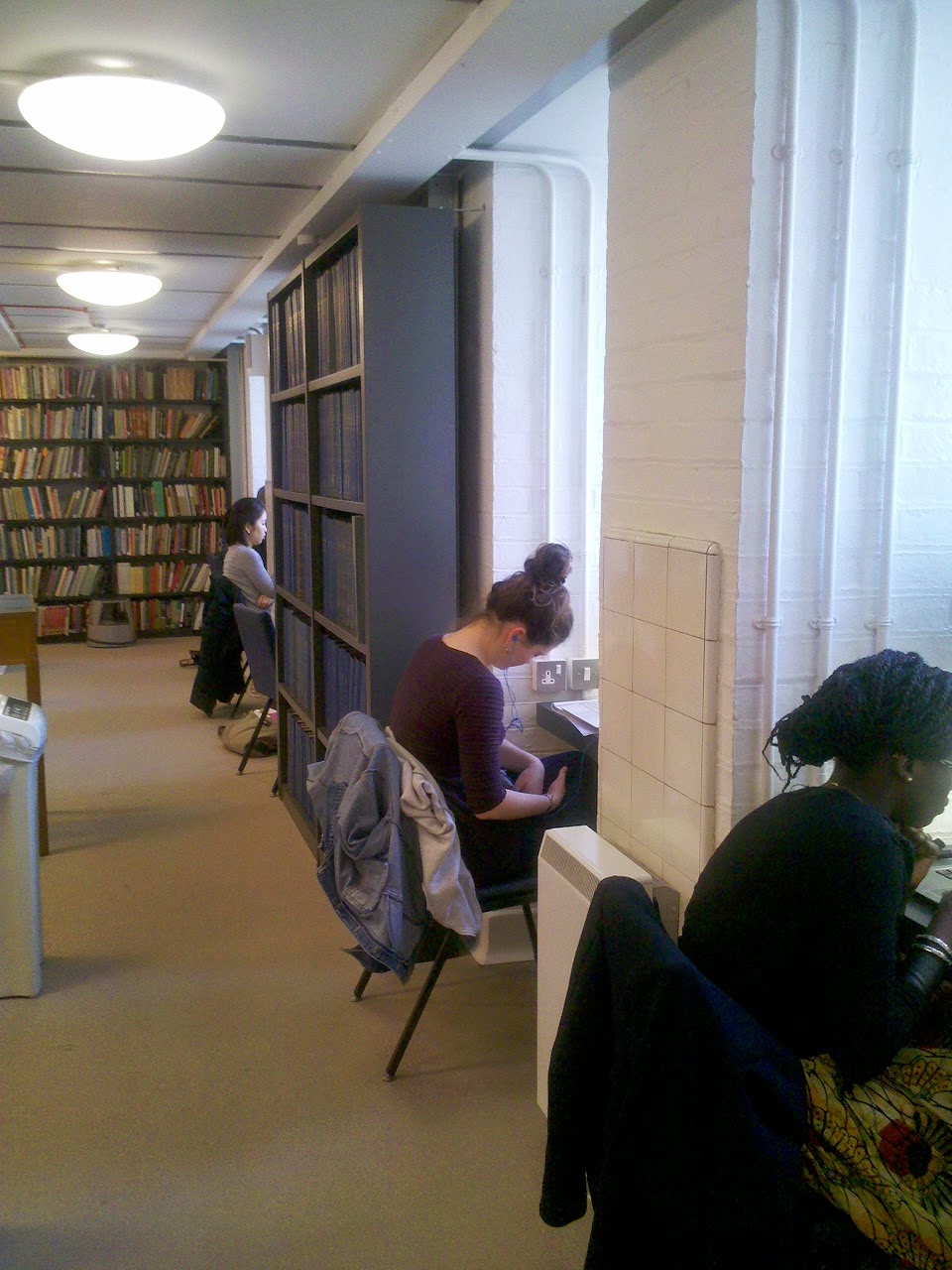 Up in the stacks, there are workspaces as well.  These little window seats have always been popular (windows are popular in Atkins, and really in nearly every library I’ve ever seen, at least in terms of where patrons like to park themselves).  Senate House recently got new fittings for these window areas. 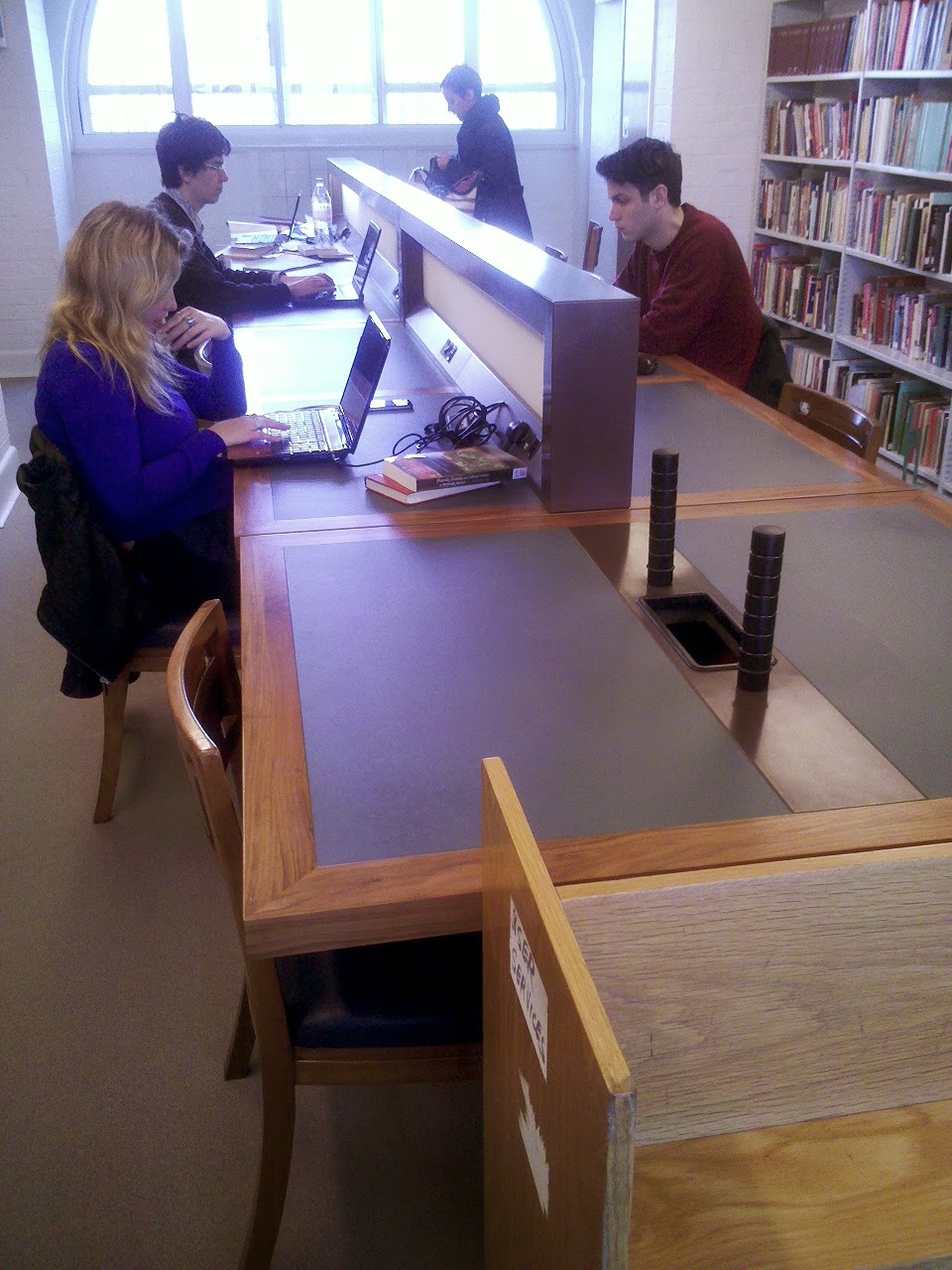 There are also these tables, with powerpoints and room to spread out.  The funny pillars on the end of the table are artifacts from when there was a fixed desktop and monitor on one end of the table.  Senate House has moved away from desktops in their library, except where they are used for catalog check stations.
This, however, is my favorite space in Senate House.  Filled with huge tufted leather sofas.  Magic. 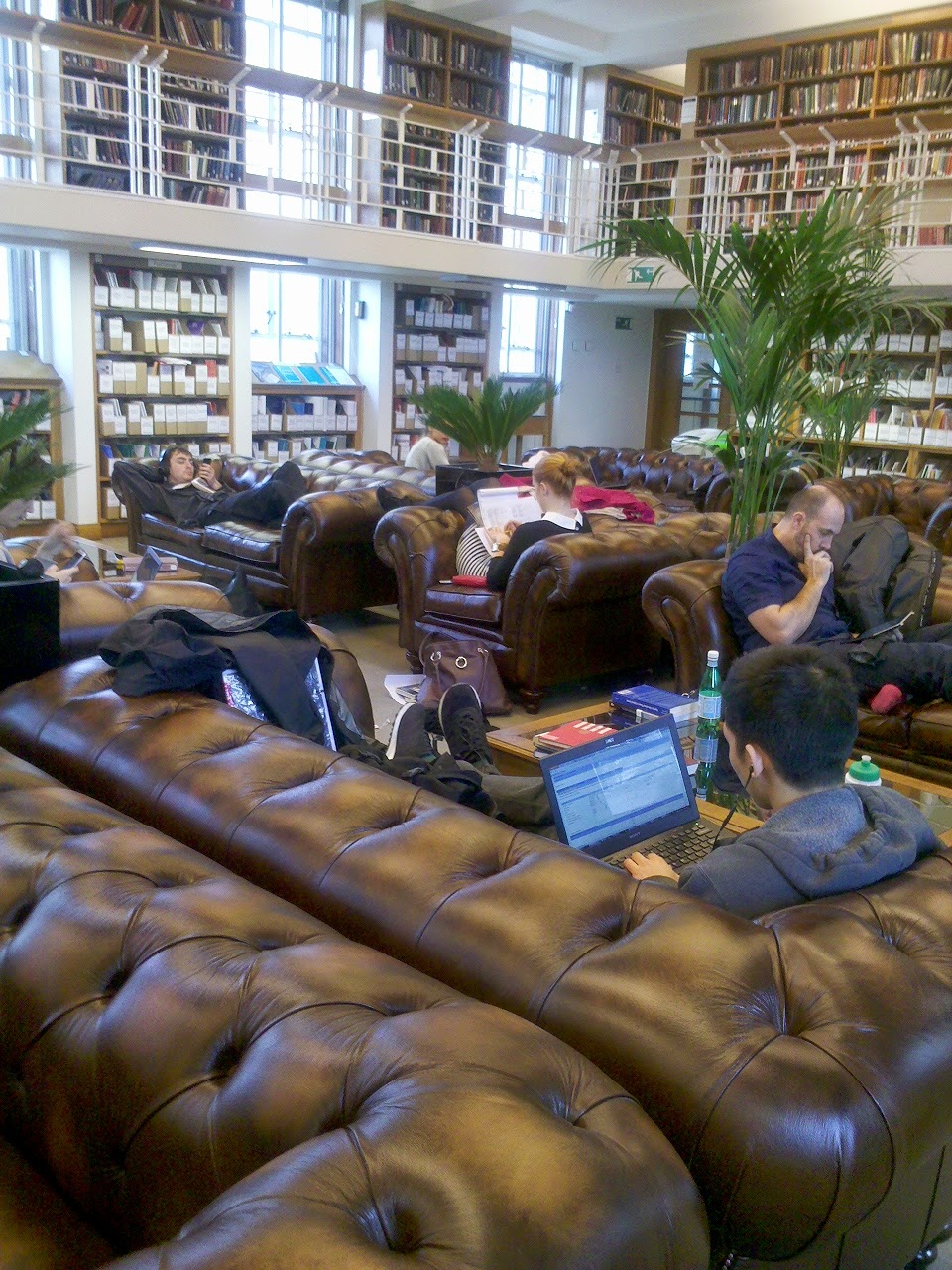 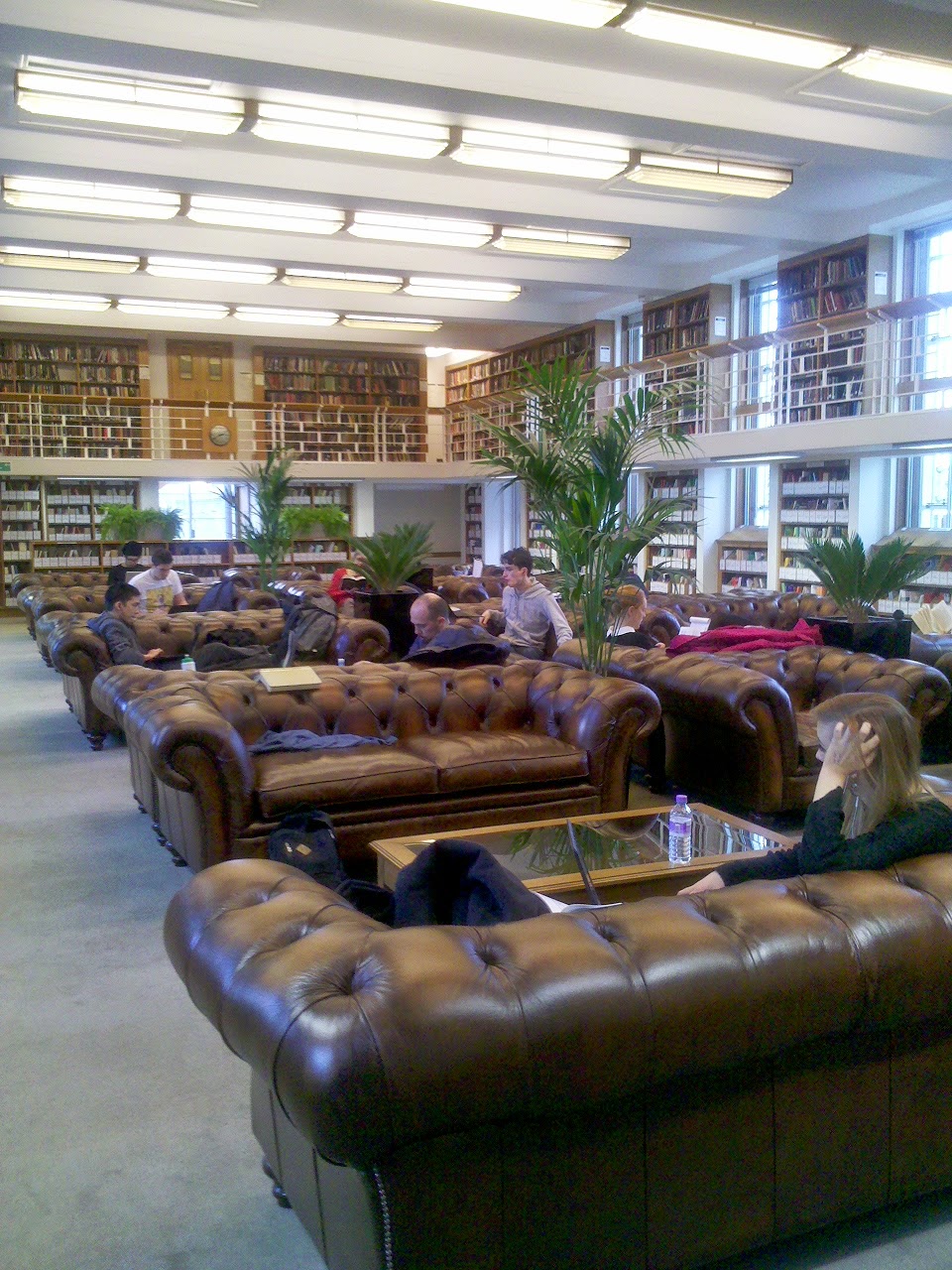 Apparently there was some initial worry that the sofas would encourage talking.  I think that the arrangement of them in rows, the fact that they are massive heavy pieces, and the placement of them in a room that is clearly a “Traditional Reading Room” all sets the tone nicely, and it’s clearly a quiet place to study that just happens to be filled with soft seating rather than desks and hard chairs.  I would spend all of my time here, if this were My Library.